Skip to main content
Home » About Us » About the Pourdavoud Center

Established in 2017 as the premier research center for the study of ancient Iran, the mission of the Pourdavoud Center for the Study of the Iranian World is to engage in transformative research on all aspects of Iranian antiquity, including its reception in the medieval and modern periods, by expanding on the traditional domains of Old Iranian studies and promoting cross-cultural and interdisciplinary scholarship.

The Pourdavoud Center intends to be a disciplinary home to stimulating intellectual encounters and exchanges for scholars working on ancient Iran and the ancient world, and will contribute to the development of collaborative research projects in such diverse areas as Assyriology, Biblical Studies, Central Asian studies, Classics, Egyptology, ancient History, Indology, Sinology, and the Study of Religion. 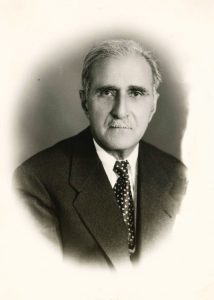 The Pourdavoud Center for the Study of the Iranian World was named after the late Professor Ebrahim Pourdavoud, an iconic scholar of ancient Iran, who was responsible for instituting the study of ancient Persia as an academic discipline in 1924, and training and mentoring generations of scholars during his career. He pioneered the first new Persian translation of the Avesta, the sacred scriptures of the Zoroastrian religion, and profoundly impacted Iranian mores by resurrecting and identifying ancient Persia as a positive force for societal progress in Iran. 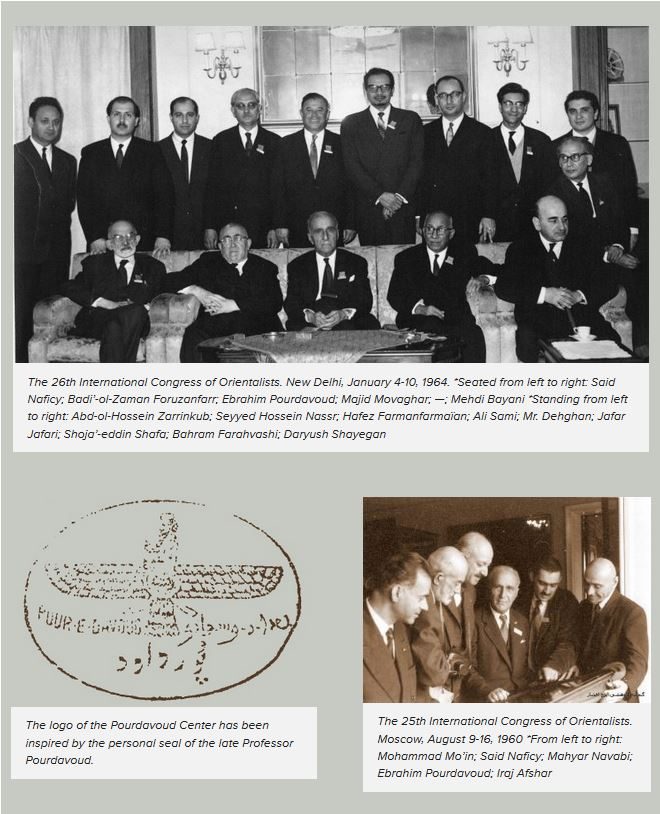 A Gift to Establish the Center

The Pourdavoud Center was made possible by a gift from Professor Pourdavoud’s granddaughter, Dr. Anahita Naficy Lovelace, and her husband, Mr. James B. Lovelace.

“My grandfather devoted a lifetime to the study of the history, languages, religions and culture of ancient Iran. I am so grateful that Jim and I have the good fortune to be able to honor and extend the impact of his important contributions.”

The center will complement UCLA’s well-established program in Iranian Studies – founded more than half a century ago in 1963 – which attracts 1,000 students from all over campus to its courses each year.  The Iranian Studies program, led by Professor M. Rahim Shayegan, is home to the largest and most comprehensive doctoral program of its kind in the Americas and is the only one to cover the entire spectrum of Iranian Studies across disciplines, linguistic boundaries, and periods. Its distinctive strengths are Old and Middle Iranian philology, ancient Iranian history and religions, archaeology, and the study of classical Persian literature.

“We are very grateful to the Lovelaces for endowing us with crucial resources to revive the study of Iranian antiquity.  A research institute of this magnitude can have a transformative impact on the fortunes of the whole discipline, decisively reversing its decline and reinforcing its foundation.”

“At UCLA, we recognize that the study of ancient cultures is more important today than ever.  It reveals the rich tapestry of human history and identity, and allows us to understand and uphold the highest values our forebears espoused.”

As for the gift to UCLA, Dr. Naficy Lovelace said she was impressed by the caliber of the program of Iranian Studies and faculty, and that she anticipated the field would thrive in such a vibrant setting.

“With new tools for discovery and expanding opportunities for exchange of ideas, it behooves us all to work together to keep our ancient civilizations alive and relevant for future generations.”

Dr. Anahita Naficy Lovelace, who spent the first 18 years of her life in Tehran, has fond memories of childhood visits to her grandparents’ home.  It was during this time that she developed a deep appreciation for the ethos of ancient Iran.

“Our grandfather would typically receive us in his study, where he spent most of his time.  He was surrounded by his beloved books on ancient Iran, in different languages, alongside encyclopedias, reference books, dictionaries and books on a variety of related subjects. Though a formal man, he was very warm and lighthearted at the same time. He had a wonderful sense of humor and always looked for ways to engage us, his grandchildren, during these visits.”

Dr. Anahita Naficy Lovelace is a clinical psychologist practicing in Los Angeles. She holds a bachelor of arts in psychology from Princeton University and a Ph.D. in clinical psychology from The University of Texas at Austin. A native Californian and graduate of Swarthmore College, Mr. James Lovelace is an equity portfolio manager at Capital Group, a global financial services company based in Los Angeles.

Pourandokht Pourdavoud Naficy was born on June 29, 1921 in Berlin, Germany.  She was the only child of Professor Ebrahim Pourdavoud and his German wife, Erna (Erni) Haase, the daughter of a prominent dentist from Stettin, German Pomerania.  Growing up in Germany, Pourandokht lived in a household steeped in scholarship.  Professor Pourdavoud could most often be found in his home library.  Pourandokht was always proud of her father’s academic work and knew from a very early age that his scholarship was foundational for not only the study of the ancient world, but also for the modern people of Iran.  As she later shared with her family, Professor Pourdavoud “introduced ancient Iran to modern Iran.”

It was doubtless because of her father’s dedication to the study of ancient Iran that Pourandokht always felt a strong sense of being Iranian, even while living in Germany.  On the eve of World War II, she and her parents moved to Iran and Ebrahim Pourdavoud took a professorship at Tehran University.  Pourandokht would often visit him at the university and sit in on his passionate and riveting lectures. It was in her late teen years that she became fluent in Persian and perfected two other languages, French and English, in addition to her native German.  It was also during this time in her life, with the move to Iran and the global war that prompted her family’s departure from Germany, that Pourandokht’s conviction about the importance of world patrimony was formed.  As she stated in her welcoming comments at the Pourdavoud Center’s inauguration in the spring of 2017, “I am sure my father would have been thrilled to see and witness that even in the New World, curiosity and interest in ancient civilizations has prospered so well and that a whole new generation of students and scholars are dedicating time, some just in their youth but others with a lifelong commitment, to the study of, and research into, a better understanding of what our ancestors were all about. I am convinced that he would have argued, in that gentle but entirely persuasive way of his, that better understanding and appreciation would undoubtedly lead to respect and the acceptance of other cultures and peoples. The fragile social fabric of today’s much challenged world civilization requires us all to strive ever harder towards that better understanding and appreciation.”

“I am sure my father would have been thrilled to see and witness that even in the New World, curiosity and interest in ancient civilizations has prospered so well and that a whole new generation of students and scholars are dedicating time . . . to the study of, and the research into, a better understanding of what our ancestors were all about.”

Pourandokht lived with the strong conviction that the study of the ancient past would unite the present.  When she and her husband, engineer Fatollah Naficy, left Iran in 1978 as a consequence of the Iranian Revolution, she carried that conviction with her, first to France before making her final journey to Los Angeles in 1987.  Years later, she and her four children discussed Professor Pourdavoud’s legacy, and Pourandokht divulged that it was always her wish that his name would continue to live in the academic world, supporting the research of a new generation of scholars.  With Pourandokht living in Los Angeles, UCLA emerged as an ideal place to secure Professor Pourdavoud’s legacy.  Pourandokht believed that UCLA, supporting scholars of the ancient world from their undergraduate years through their doctorate research, as well as having robust post-doctoral and professional academic opportunities, would be the ideal home for a center dedicated to the academic legacy of her father.

Her family’s vision became a reality a few months before her passing on June 8, 2017.  At the inauguration for the Pourdavoud Center for the Study of the Iranian World, Pourandokht expressed that vision: “The Pourdavoud Center will now move from a dream to delivery. Courses will be taught and research carried out, papers written and conference convened. It will reach out to all with an interest not just in ancient Iranian languages, religions, and culture, but to those with a keen belief in the importance of cross cultural exchanges and respect for the roots and heritage of others.”  UCLA is proud to continue the legacy of both Professor Pourdavoud and his daughter, Pourandokht Pourdavoud Naficy.  Pourandokht’s children, Hormoz, Anahita, Arash, and Parvin remember her as a woman who always led by example, in quiet and unassuming ways. She was dedicated to her family and friends, and known for her gentleness, wisdom, and incredible compassion towards those in need.

“The Pourdavoud Center will now move from a dream to delivery. Courses will be taught and research carried out, papers written and conference convened.  It will reach out to all with an interest not just in ancient Iranian languages, religions, and culture, but to those with a keen belief in the importance of cross cultural exchanges and respect for the roots and heritage of others.”

To read the full transcript of Pourdandokht Pourdavoud Naficy’s welcoming remarks from the Spring 2017 inauguration of the Pourdavoud Center, please click here.