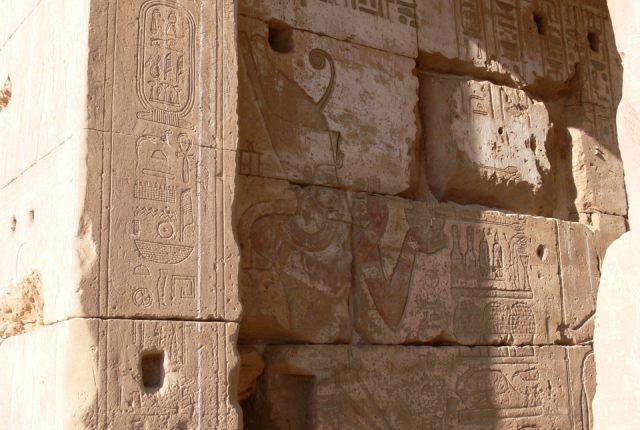 A central element of the Pourdavoud Center’s mission is to expand the traditional domains of Old Iranian studies and promote interdisciplinary scholarship. The two periods of Achaemenid dominion over Egypt (pharaonic Egypt’s 27th and 31st dynasties) are essential for our understanding of the mechanisms of Achaemenid imperial rule, but still remain severely understudied, in spite of recent valiant and valuable forays to foreground these periods of Egyptian and ancient Persian history.

The scholarly community invested in the integrative study of Achaemenid Egypt is cognizant that more concerted and pluri-disciplinary efforts are in order in order to raise (public) awareness of this period. The Pourdavoud Center therefore intends to facilitate the collaboration of philologists, art historians and archaeologists to draw a more holistic picture of the Achaemenid imperial impress on the Egyptian landscape, as well as identify the manifold forms of cultural hybridity that this encounter generated. A discrete consortium could provide the structural framework for this collaboration, which would draw on some of the financial resources of the Center.

The proposed Consortium’s work could encompass the (re)analysis of a number of Achaemenid monuments, objects, and inscriptions from Egypt chosen by the Consortium members, with the goal of (re-)publishing them. While much of this material has been published in various forms, these sources are dispersed and some out of date—A full list of study material, to which more will hopefully be added, is listed below. The Consortium’s objectives would benefit from holding regular workshops, symposia and other gatherings organized and sponsored by the Center for the benefit of the Consortium members, as a means to foster intellectual exchanges and camaraderie.

Some of the preliminary methodological core tenets, based on prior conversations and exchanges with the present colleagues, are the following:

The material, text, environment, and iconography studied should be treated as critical evidence to address how the Persians governed Egypt in terms of political, religious, economic, and military policy.  Furthermore, the conclusions from this form of inquiry should be extrapolated in order to study the similarities and differences regarding Persian governance in other parts of the Achaemenid empire.