Jake Nabel is a Pourdavoud Research Associate, Lecturer in the Department of Near Eastern Languages and Cultures, and a Scholar in Residence in the Department of Classics for the 2018-2019 academic year. After receiving his PhD in Classics from Cornell University in 2017, he held a Postdoctoral Fellowship at the Getty Research Institute during the 2017/18 scholar year on “The Classical World in Context: Persia.” His research centers on interstate relations between the Roman Mediterranean and the Parthian and Sasanian empires of the Iranian plateau. Jake is currently at work on a monograph on interdynastic kinship between the Julio-Claudians of Rome and the Arsacid royal family of Parthia. His other work includes published and forthcoming articles on the Hellenistic East, the reception of Alexander the Great in ancient Iranian traditions, and the representation of Persians in early imperial Latin poetry.

“Arsacid Beverages in Lucan.” Resubmitted after revision and under consideration at Classical Quarterly.

“The Arsacids of Rome and Parthia’s ‘Iranian Revival’ in the First Century CE.” In J. Wiesehöfer and S. Boysen (eds), Iranian Words: Proceedings of the Eighth Symposium of the Melammu Project Held in Kiel, Germany, November 11–15, 2014. Münster: Ugarit-Verlag. Forthcoming.

“Alexander between Rome and Persia: Politics, Ideology, and History.” In K. Moore (ed.), Brill’s Companion to the Reception of Alexander the Great, 197–232. Leiden: Brill. 2018.

PI, Parthian Sources Online (www.parthiansources.com) – A digital collection of texts from the Parthian empire in Parthian, Greek, and Latin. 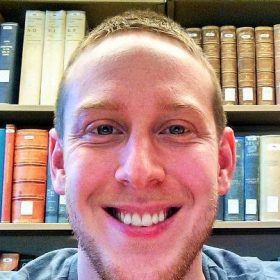