This lecture discusses the major progress made in our understanding of the Avestan corpus/texts in the last years. Based on her recent publication co-written with Jean Kellens, L’introduction à l’Avesta, Céline Redard introduces the new vision of the Avesta, leading to the new editions currently undertaken. The important ritual aspect will also be underlined, with some concrete examples taken from her books The Srōš Drōn – Yasna 3 to 8, and The Gujarati Ritual Directions of the Paragnā, Yasna and Visperad Ceremonies (co-written with Kerman Daruwalla). 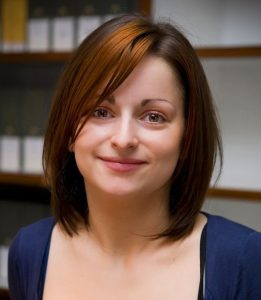 Before specializing in Iranian Studies, Céline Redard studied Indo-European Linguistics, Sanskrit and Latin in Switzerland. In 2010, she obtained her PhD at EPHE (Paris, France) for her doctoral thesis on the Vidēvdād 19. After working as a research assistant at the Collège de France (Paris) from 2008 to 2014, she was awarded a Marie Curie Fellowship at the University of Liège in Belgium (2014-2016). Since 2017, she works for the Multimedia Yasna project based at SOAS (London).