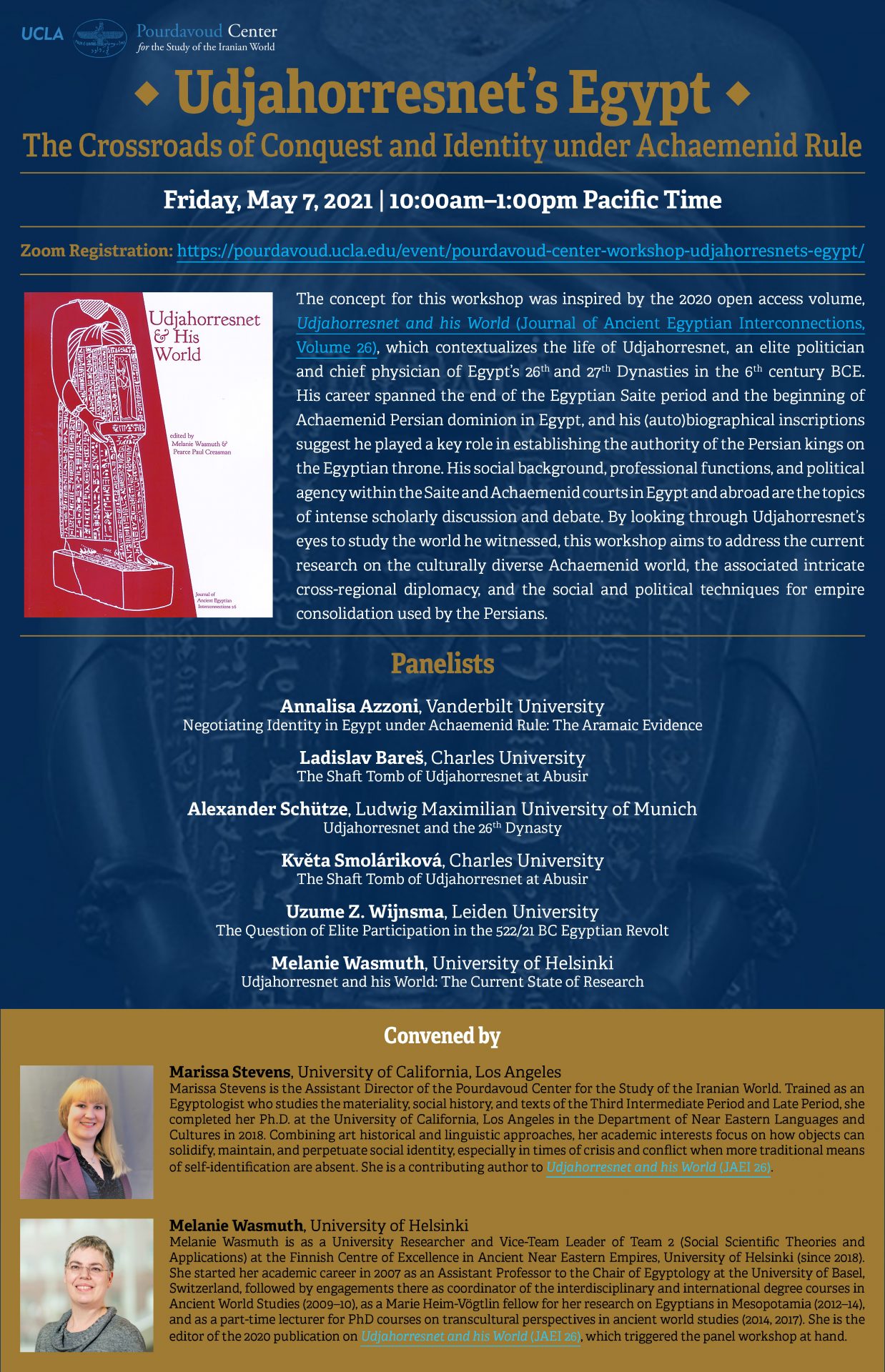 Udjahorresnet’s Egypt: The Crossroads of Conquest and Identity under Achaemenid Rule

The concept for this workshop was inspired by the open access volume, Udjahorresnet and His World (JAEI 26, 2020), which contextualizes the life of Udjahorresnet, an elite politician and chief physician of Egypt’s 26th and 27th Dynasties in the 6th century BCE.  His career spanned the end of the Egyptian Saite period and the beginning of Achaemenid Persian dominion in Egypt, and his (auto)biographical inscriptions suggest he played a key role in establishing the authority of the Persian kings on the Egyptian throne.  His social background, professional functions, and political agency within the Saite and the Achaemenid courts in Egypt and abroad are the topics of intense scholarly discussion and debate.  By looking through Udjahorresnet’s eyes to study the world he witnessed, this workshop aims to address the current research on the culturally diverse Achaemenid world, the associated intricate cross-regional diplomacy, and the social and political techniques for empire consolidation used by the Persians.