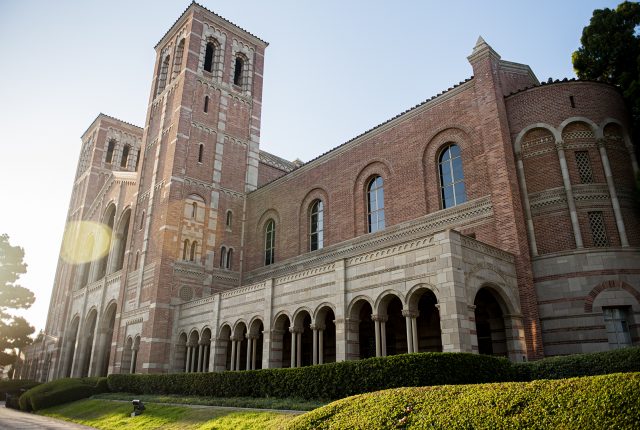 With the spring equinox, and the Persian New Year, drawing near, we would like to reflect on the underlying philosophy of the Norouz celebration, which is an unfaltering belief in the power of renewal and rejuvenation. May this thought be an unwavering companion as we face the vicissitudes of our present time.

Our thoughts are also with the many who, in view of the unfathomable dimension of the public health crisis experienced in Iran, face unforeseeable challenges.

The Pourdavoud Center is dedicated to the mission of expanding our knowledge of Iranian antiquity and sharing its rich heritage with a wide audience in order to instill in future generations the importance of global patrimony.

During the 2019-2020 academic year at UCLA, the Pourdvaoud Center hosted scholars as part of its monthly namesake lecture series. This year, the series included presentations from Everett Wheeler (Duke University) and Gil Stein (University of Chicago).

The Pourdavoud Center was also honored to host the 14th Melammu Project Symposium in February. This three-day international conference, entitled “Contextualizing Iranian Religions in the Ancient World,” assembled over thirty scholars to address the ancient Near Eastern and Egyptian precedents of Iranian religious practices, as well as the reception of those practices within the wider Late Antique world. The Center also had the distinct privilege to host Professor Daniel Potts (New York University) as the honored guest speaker for the Ehsan Yarshater Biennial Lecture Series. Professor Potts presented a series of five lectures in March that provided a longue durée approach to the study of kinship practices in ancient Iran.

The Pourdavoud Center supports numerous digital and field research projects that situates ancient Persia within a broader cultural context. We are in the process of building an interactive online platform that features the history, site reports, maps, and photographs of major archaeological sites in ancient Iran, and envision to expand it into a major vehicle of archaeological research on ancient Iran. The Center has also initiated its first field project in Egypt. A group of graduate students and faculty from UCLA traveled to Egypt in December 2019 and surveyed, photographed, and documented Achaemenid era monuments and inscriptions in several regions of Egypt. It is our hope that this becomes a multi-year research project aimed at inventorying Persian era vestiges in Egypt and gaining additional insights into the Achaemenid empire’s policy of religious tolerance and accommodation.

We continue to host advanced research scholars and have welcomed graduate student scholars this academic year. These students are supported by dedicated research funds of the Center, which assures that they will continue to produce crucial and innovative scholarship for years to come. We have also initiated an international search to fill the Pourdavoud Post-Doctoral Fellowship in Ancient Iranian Studies position at UCLA. We look forward to welcoming a gifted scholar to the university in the fall of 2020.

All of the Center’s research endeavors will be featured in a robust publication program distributed among several university and institutional presses. We are also deeply committed to the digital dissemination of our scholarship; an active and growing video series of all academic lectures is featured on our website. We invite you to view these videos at https://pourdavoud.ucla.edu/videos/.

We wish to thank you for the continued support you have shown the Pourdavoud Center. Your dedication and contributions strengthen the Center’s prestige as an important cultural resource for the Los Angeles area, and help ensure that the study of ancient Iran and the holistic discourse on the ancient world remain central to the intellectual life of UCLA. We are grateful for your generosity in pursuit of excellence at one of the most prestigious public universities in the world.