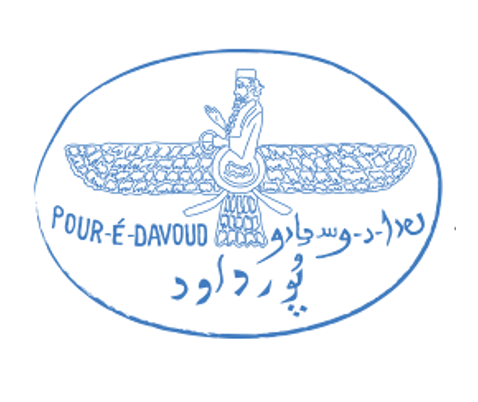 In its second year, this fellowship was awarded to seven successful graduate student applicants, whose works encompass different facets of Zoroastrian studies, that is, the Zoroastrian religion, its ancient history, languages, and scriptures. Below are brief biographies of each awardee. 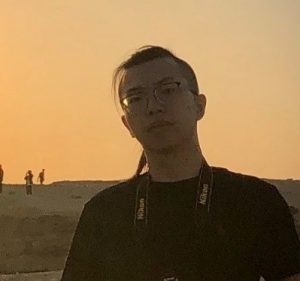 Hong Yu Chen is a Ph.D. student in the Department of Near Eastern Languages and Cultures with a focus in Iranian Studies and Egyptology. He was born in Fuzhou, Fujian, China. He grew up in a rural farming community in southern China until his family emigrated to the United States in 2004. He received his B.A. in History and Near Eastern Studies from The Johns Hopkins University, where he worked as a museum assistant for The Johns Hopkins Archaeological Museum and was trained as a philologist and a cultural historian of the medieval Near East. He is primarily interested in the social, religious, cultural, and economic interaction between Egypt and Persia during the First Persian Period of Egypt. He also engages with the modern, socially constructed hierarchies and relationships, including family constructs and gender constructs, and the differences there with ancient conceptions of similar hierarchies and relationships. 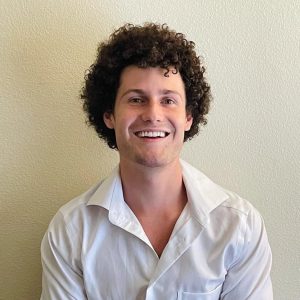 Ethan Friedland is a 1st year Ph.D. student in Iranian Studies. He earned a B.A. in History with a minor in Jewish Studies from the American University in Washington D.C. He is primarily interested in ancient Iranian religions and Mazdean and Jewish religious development during the Achaemenid Period (550-330 BCE). He is also interested in the political relationship between the Achaemenid kings and the priests they ruled over, as well as Persian interactions with Late Period Egypt. 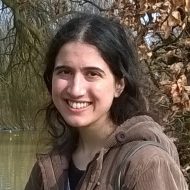 Anahita Hoose is a sixth-year Ph.D. candidate in the Program in Indo-European Studies. Prior to her time at UCLA, she completed a B.A. in Literae Humaniores (Classics) and an M.Phil. in General Linguistics and Comparative Philology, both at the University of Oxford. Learning Sanskrit during her M.Phil. led to a profound fascination with the Indo-Iranian branch of Indo-European, in which she went on to concentrate at UCLA. She is currently writing her dissertation on verb usage in Sanskrit and Middle Indic under the supervision of Professor Stephanie Jamison. She has taken courses in both Old Persian and Avestan with Professor Rahim Shayegan and is continuing Avestan in 2021-22. Beyond the purely linguistic, her interest in ancient languages extends to the texts preserved in them and the light on remote cultures and practices that these often shed. She has pursued several research projects relating to myth or related areas, the most extensive of which has produced a forthcoming article in which she argues that a Scythian custom described by the Greek historian Herodotus is an Iranian cognate to the horse sacrifices known to have been practiced by other ancient Indo-European-speaking groups in India, Italy and Ireland and reconstructed for the culture of Proto-Indo-European speakers (and to the related sacrifices with human victims that were sometimes performed or envisaged). 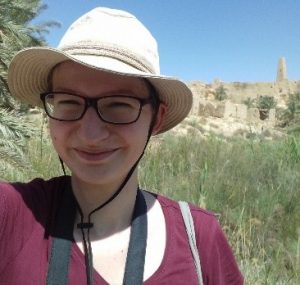 Elisabeth Koch is second-year Ph.D. student in the Department of Near Eastern Languages and Cultures with concentrations in Iranian Studies and Egyptology. Previously, she attended the Freie Universität Berlin, where she received both her Bachelor’s degree in Ancient Studies and Master’s in Egyptology. While at the Freie Universität, she gathered experience as a Student Research Assistant for the project Database and Dictionary of Greek Loanwords in Coptic and excavated in Germany and Egypt. Elisabeth then worked as a Research Assistant with the German Archaeological Institute in Cairo and volunteered for the American Research Center in Egypt before joining UCLA. She is developing a dissertation topic that spans the intersection of Iranian Studies and Egyptology and focuses on Zoroastrian religious issues, specifically. She is planning to examine and understand Persian and Zoroastrian influences on the practice of religion in Persian period Egypt. 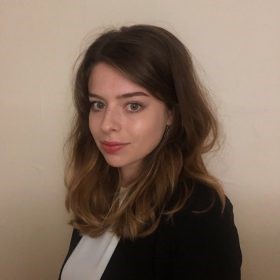 Emma Petersen is a Ph.D. student in the Department of Near Eastern Languages and Cultures. Her research interests include Achaemenid art, architecture, and archaeology; interactions between Iran and the eastern Mediterranean during the Achaemenid period; administration, ritual, and policy in Achaemenid and Seleukid Babylon; and the ritual environment of the Hellenistic East. She received a B.A. with a double major in Art History and Classical and Near Eastern Studies and minors in Latin, Classical Archaeology, and Anthropology at the University of Minnesota. During her time at the University of Minnesota, she participated in an archaeological excavation at the site of Gabii, Italy (in Latium), under the direction of Nicola Terrenato of the University of Michigan. She also received an Undergraduate Research Opportunities Program (UROP) grant to study the uninscribed seals of the Persepolis Fortification Archive (PFA) tablets at the Oriental Institute of the University of Chicago. As a member of the Persepolis Fortification Archive Project, she was able to study a group of seals that deviate from the normative categories of composition, style, and iconography as defined in earlier scholarship. Her most recent research endeavors have been focused on the depictions of the divine and numinous in Achaemenid monumental and glyptic art in the context of Zoroastrian religion. 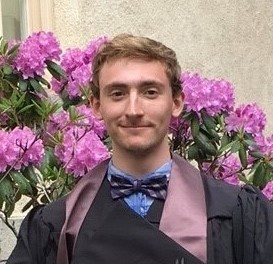 Alex Roy is a fourth-year Ph.D. student in the Department of Indo-European Studies. Originally from Massachusetts, he received a B.A. in Sanskrit from Brown University in 2017, where he studied Vedic, Epic, and, Classical works as well as Latin, Greek, and Prakrit languages. His graduate work focuses on the history and development of Indo-Iranian languages and literature, with particular attention to the grammar and vocabulary, as well as cultural and natural worlds witnessed in archaic texts. His research focuses on the Indo-Iranian language family and of the traditions of its speakers, with particular attention to the family’s earliest representatives. Among his chief aims is a deeper understanding of the ancestral language and culture (“Proto-Indo-Iranian”) as is accessible through extant material, as well as an account of the divergences that gave rise to the characteristic features of Zoroastrian and Vedic expression, ideology, and practice. 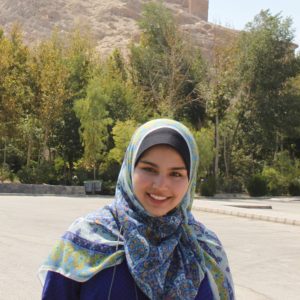 Atiyeh Taghiei is a third-year Ph.D. student in the Department of Near Eastern Languages and Cultures, Program for Islamic Studies. Atiyeh was born and raised in California, and after graduating high school at the age of 15, she went on to receive her B.A. in Religious Studies with a minor in Iranian Studies from UC Irvine. Her current project combines research across archeology, Islamic studies, and Iranian studies to provide a richer understanding of the formation of Islamic identity as it was developing during the 9th-10th century period known as the “Iranian intermezzo.” Through analyzing a wide range of sources across regions and genres, she seeks to employ a more interdisciplinary approach toward uncovering the memory of Zoroastrians in Iran and the absorption of the Zoroastrian past by the early Muslim community. Through this, she hopes to improve scholarly understandings of the relationship and interactions between Zoroastrianism and Islam. More broadly, Atiyeh’s research interests include early Islamic identity formation, sectarianism, and Shi’i studies.