Persia: Ancient Iran and the Classical World at the Getty Villa 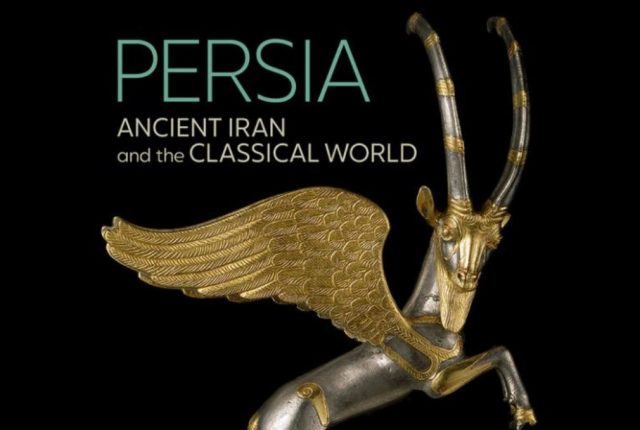 The Pourdavoud Center is proud to be the academic partner for Ancient Iran and the Classical World, the newly opened exhibit at the Getty Villa location of the J. Paul Getty Museum.

Ancient Iran, historically known as Persia, was the dominant nation of western Asia for over a millennium (about 550 BC–AD 650), with three native dynasties controlling an empire of unprecedented size and complexity. This exhibition, part of the Getty Museum’s program The Classical World in Context, explores the artistic and cultural connections between the rival powers of Iran, Greece, and Rome. Works on view include royal sculpture, spectacular luxury objects, religious images, and historical documents assembled from major museums in the United States, Europe, and the Middle East. The exhibition is supported by an immersive film presentation exploring the site and palaces of the ceremonial capital of Achaemenid Persia, Persepolis.

The exhibition Persia: Ancient Iran and the Classical World is made possible through the generosity of our supporters and partners.

Exhibition Academic Partner: Pourdavoud Center for the Study of the Iranian World, UCLA

Complementary to the exhibit, Persepolis Reimagined is a immersive virtual experience located on the ground level of the Getty Villa. Dr. Ali Mousavi, Senior Research Associate at the Pourdavoud Center, served as the consulting advisor for the project.

Persepolis Reimagined is the result of a collaboration between historians, creatives, and technologists, in the context of the Getty Villa Museum exhibition, Persia: Ancient Iran and the Classical World.

This exhibition is part of an ongoing Getty series, The Classical World in Context, which explores the complex interrelationships between ancient Greece and Rome and other cultures and civilizations of the ancient Mediterranean and Near East. Objects on view in the exhibition are featured throughout this virtual experience.