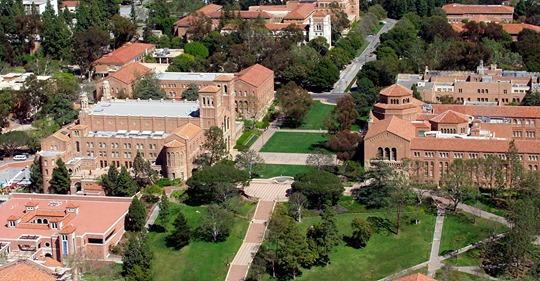 The Pourdavoud Center for the Study of the Iranian World, in conjunction with the Department of Near Eastern Languages and Cultures at UCLA, invites applications for a postdoctoral position in the history and culture of ancient Iran, effective July 1, 2020.

Established in 2017 as the premier research center for the study of ancient Iran, the mission of the Pourdavoud Center for the Study of the Iranian World is to engage in transformative research on all aspects of Iranian antiquity, including its reception in the medieval and modern periods, by expanding on the traditional domains of Old Iranian Studies and promoting cross-cultural and interdisciplinary scholarship. The Pourdavoud Center is a disciplinary home to stimulating intellectual encounters and exchanges for scholars working on ancient Iran and the ancient world, and contributes to the development of collaborative research projects in such diverse areas as Assyriology, Biblical Studies, Central Asian Studies, Classics, Egyptology, ancient History, Indology, Sinology, and the study of religion.

The full-time, one-year postdoctoral position, housed in the Department of Near Eastern Languages and Cultures, may be renewed for a second year, subject to satisfactory performance and funding. Post-doctoral fellows are to teach one or two course(s) during the academic year, while pursuing their own research and participating in the activities of the Pourdavoud Center, the Program of Iranian Studies, the Department, as well as other affiliated departments and centers. Postdoctoral fellows are also expected to organize—provided funding is available—academic events within their field of specialty under the aegis of the Pourdavoud Center.

The Pourdavoud Postdoctoral Fellowship aims to promote the work of exceptional scholars at an early stage of their careers, whose presence at UCLA would strengthen the study of ancient Iran. Applicants specializing in all subfields of ancient Iranian Studies are encouraged to apply. The Pourdavoud Center is particularly interested in candidates whose research engages broader cultural and intellectual traditions, is integrative in methodology and perspective, and is grounded in philological, archaeological, or art historical expertise.

Applicants are required to have completed their PhD before the beginning of their tenure at UCLA. Preference is given to candidates who have obtained their doctoral degree more recently. Postdoctoral fellows may not hold concurrent fellowships or positions during their appointment.

Applicants should apply online via UCLA Academic Recruit at the following link: https://recruit.apo.ucla.edu/JPF05157 Applications require submission of (1) cover letter; (2) curriculum vitae and list of publications; (3) synopsis of proposed research project, and why it may be successfully conducted at UCLA, including publication goals; (4) sample syllabi for introductory courses and graduate seminars for a 10-week quarter; and (5) names of three referees.

Deadline for applications is March 16, 2020 and the Search Committee will begin reviewing the applications on April 1st.

We want you to be aware that effective April 22, 2013 UCLA is a tobacco-free environment. For more information, please view the policy at: http://www.adminpolicies.ucla.edu/app/default.aspx?&amp;id=810