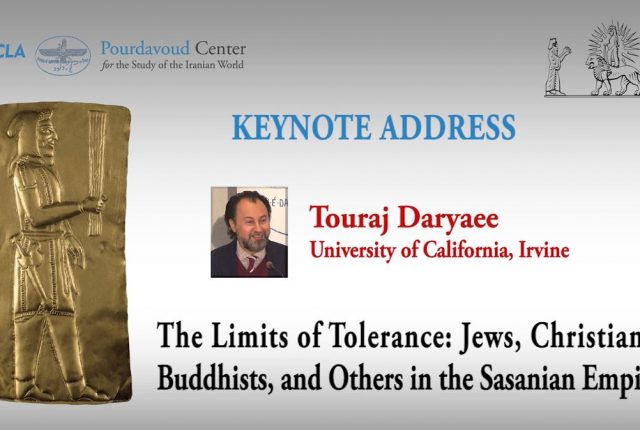 The second keynote address from the Fourteenth Melammu Symposium, “Contextualizing Iranian Religions in the Ancient World,” is now available.  In this video, recorded on February 20, 2020, Touraj Daryaee (University of California, Irvine) presents “The Limits of Tolerance: Jews, Christians, Buddhists, and Others in the Sasanian Empire.”

The Limits of Tolerance: Jews, Christians, Buddhists, and Others in the Sasanian Empire

There are many reports on periodic persecution of religious groups from the 3rd century CE, until the end of the Sasanian empire in the 7th century. However, we do know that Jews, Christians, Buddhists, Manichaeans, and others lived and, at time thrived, under a Zoroastrian king. So how can one explain the relation between the state and the religious minorities that existed in late antique Iran? This paper takes issue with both those who regard the Sasanian empire as an intolerant polity bent on persecuting religious minorities, and those who believe the Sasanians allowed religious groups to expand without opposition. I would rather suggest that the Sasanian empire practiced a “rough tolerance,” in order to control the multicultural and multireligious Sasanian world.