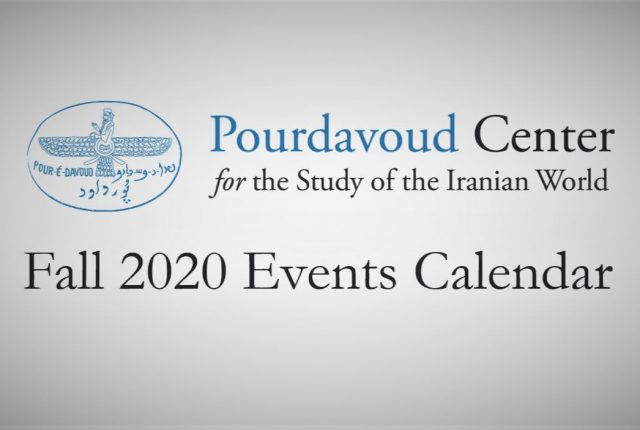 Due to the continued risks posed by the coronavirus pandemic, all Pourdavoud Center events for Fall Quarter 2020 will be hosted virtually via Zoom.  Professionally edited videos of all lectures will continue to be hosted in the Pourdavoud Center Video Library, which will be updated regularly.  Our Fall 2020 events include: 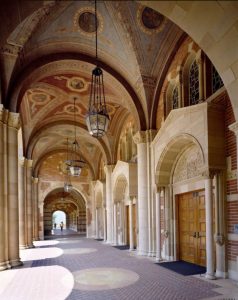 Please join us for a digital fall reception to celebrate the continued success of the Pourdavoud Center for the Study of the Iranian World. In the company of Dr. Anahita Naficy Lovelace and Mr. Jim Lovelace, the Center’s benefactors, David Schaberg, Dean of Humanities, M. Rahim Shayegan, the Center’s director, our staff, academic affiliates, colleagues, students, and esteemed guests, we shall be introducing the Center’s stimulating programming and research agenda for the Academic year 2020-21. 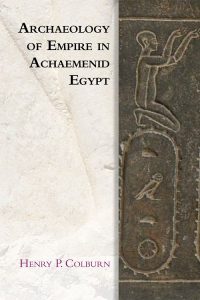 Traditionally, Egyptologists have regarded the period of Achaemenid Persian rule (the 27th Dynasty, c. 526-404 BCE) as an unmitigated disaster for the Egyptians. This view, however, is based primarily on the perception that there is a scarcity of material from this period; in turn this scarcity is read through an orientalist lens as the result of oppression and political and economic turmoil. This is not to say that turmoil and oppression did not take place, but that our understanding of this period should arise from a critical engagement with the evidence rather than an argument from silence.  In this lecture I argue that this scarcity is as much a consequence of modern factors as ancient ones. I provide several examples, drawn from my recent book, of material culture, including statues, stelae, coins, drinking vessels and tomb reliefs, that can or must date to the 27th Dynasty. Each of these types of objects sheds different light on how the Egyptians – and other people living in Egypt – experienced Persian rule. These experiences could vary considerably, ranging from exploitation to acculturation, precisely the diversity of experience that comparative studies of colonialism lead us to expect. Thus Achaemenid Egypt was not an unmitigated disaster per se, but a colonial encounter like any other. 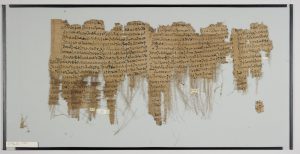 In this workshop, two of the world’s leading experts on Papyrus Amherst 63, Professors Tawny Holm and Karel van der Toorn, will reflect on recent scholarship on the Aramaic texts of this papyrus written in Demotic Egyptian script during the Persian Period. Since the decipherment of the papyrus, scholars have turned to investigating the papyrus’ compositional setting, as well as the hymns, prayers, and stories found in the papyrus, some of which correspond to texts of the Hebrew Bible. Though the language, script choice, and other features of the papyrus have puzzled scholars for decades, it speaks to the rich texts preserved by Aramaic-speaking populations in the region and provides access to Judean, Aramean, and other traditions. This workshop will discuss the content and organization of the papyrus and examine how its texts illuminate the diverse landscapes of peoples, places, traditions, and languages in the ancient Near East under the Achaemenid Empire. 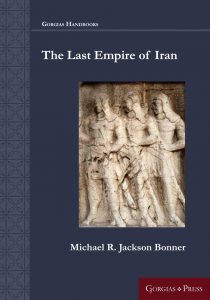 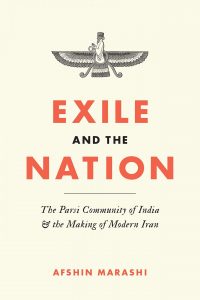 Registration for this event is forthcoming. 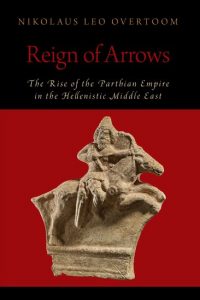 Nikolaus Overtoom’s study of the rise of the Parthian Empire, Reign of Arrows: The Rise of the Parthian Empire in the Hellenistic Middle East, brings a new perspective to this important development in the history of the Hellenistic Middle East. By emphasizing the changing international-systems elements that led to the expansion of the Arsacid kings, Overtoom allows scholars to develop a more sophisticated view of how this expansion occurred, with less causal emphasis merely on the warlike nature of Parthian society or the personalities of individual rulers — important though these were. This monograph draws on a wide variety of sources to explain the political and military encounters that shaped the international environment of the Hellenistic Middle East from the middle third to the early first centuries BCE. This study combines traditional historical approaches, such as source criticism and the integration of material evidence, with the incorporation of modern international relations theory to better reconstruct the rise of the Parthians (or Arsacids) to dominance over their Greek, Persian, and nomadic neighbors in the ancient Middle East.

Registration for this event is forthcoming.